– The End of our Age

The Law of the Universe is that all that begins will end, but the end will always lay seed for a new beginning.

The last couple of years I have had several visions of our civilisations inevitable downfall. But it’s not the end of mankind, and it’s not the end of nature, our earth or our universe. As it is written in Völuspa, it is only the end of our age – and a new age for humanity will come.

We’re terrible animals. I think that the Earth’s immune system is trying to get rid of us, as well it should.

My vision is that the collapse will fall in three major phases: 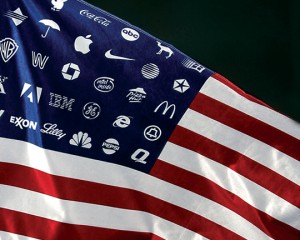 1) The Fall of the Democracies and Rise of Corporations

The end of our age begins with the corruption of the democratic voted politicians. The politicians desires more and more power. The price for their longing for power is the fall of ideologies, visions and dreams. It’s all about winning the voters and not to improve society – except if it benefit the way to power. The downfall of our civilisation begins with populism. The public voted parliaments of the democratic world will bow for the pressure of the multinational corporations, who controls the mass media. In the longing for power the parliamentarians pleases the mass media to gain the voters love. This starts a never ending spiral which ends with the ultimate power of the corporations and the parliaments power slowly fade away in the name of neoliberalism. The more the governments struggle to keep the power the more corrupt and violent they become to its people. It ends with dictators, who in reality just are puppets of corporations. The corporations power is ultimate, and the people can’t do anything. They are reduced to unknowing workers and consumers. The corporations control information, education, productions, restaurant, shops, transportation, health care – everything. 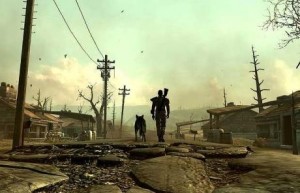 2) The end of resources

The corporations again are controlled by a very small elite of men. The world has become an oligarchy ruled by a few houses of nobles with enormous amount of money and power. These families have more money and properties than most of the nations – but they are only focused on the growing of their wealth for the next couple of year. But the society rests upon a fragile ground. The civilisation uses enormous amount of energy – but there is no money in reducing the amount of energy or developing renewable energy. In just a few years the societies completely collapse. When the small power elite faces the problem – they can’t cooperate about the turn they have to do. They are too greedy and fears to lose power. It ends with the ultimate collapse. The society rest 100% on energy – and when the energy ends, the society collapse. The billions of people concentrated in the metropolis’ are caught in a death trap. No energy means no internet, no authorities, no water, no food, no medicine – no nothing. It ends in complete anarchy: civil war, plague and famine. The fall of our civilisation is horrible. It is the absolute Ragnarök. 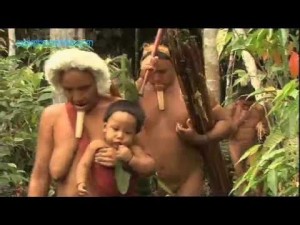 3) All will be forgotten

The modern man doesn’t know anything about surviving on his own. After the great famine, plagues and civil war billions of people have died. The few remaining has to start from absolutely zero with reinventing the fire. Nature will quickly again rule the world, and man starts all over as hunters. Our civilisation will be almost forgotten. All our history, knowledge and achievements are written on poor paper or digital media. After just 100 year there is not a single written trace of our time. All are forgotten the ancient Greece, China, India, Christianity, the World Wars – all will be forgotten, we will later be known as the silent age. Out in the forest stands great ruins – the remains from our cities. Men fears these places, and at the camp fires the elder of the clan tells stories about the gods, who long time ago ruled the earth, before they left home to the stars. The eternal wheel has just turned a bit. Our planet has existed in more than 4 billion years and our civilisation lasted just 1000 years. We were just a sigh in time.

What can you do to prevent it? The answer is nothing – absolutely nothing. It’s the nature of prophesies – they can’t be changed. Our fate is inevitable – it’s just the order of universe. We can’t get out of the eternal circle.

— Havamál
We use cookies on our website to give you the most relevant experience by remembering your preferences and repeat visits. By clicking “Accept All”, you consent to the use of ALL the cookies. However, you may visit "Cookie Settings" to provide a controlled consent.
Cookie SettingsAccept All
Manage consent

This website uses cookies to improve your experience while you navigate through the website. Out of these, the cookies that are categorized as necessary are stored on your browser as they are essential for the working of basic functionalities of the website. We also use third-party cookies that help us analyze and understand how you use this website. These cookies will be stored in your browser only with your consent. You also have the option to opt-out of these cookies. But opting out of some of these cookies may affect your browsing experience.
Necessary Altid aktiveret
Necessary cookies are absolutely essential for the website to function properly. This category only includes cookies that ensures basic functionalities and security features of the website. These cookies do not store any personal information.
Non-necessary
Any cookies that may not be particularly necessary for the website to function and is used specifically to collect user personal data via analytics, ads, other embedded contents are termed as non-necessary cookies. It is mandatory to procure user consent prior to running these cookies on your website.
GEM & ACCEPTÈR